The doctor to the patient: 'You are very sick'
The patient to the doctor: 'Can I get a second opinion?'
The doctor again: 'Yes, you are very ugly too...'

I use this joke for retelling in reported speech

Headmaster: I've had complaints about you, Johnny, from all your teachers. What have you been doing?
Johnny: Nothing, sir.
Headmaster: Exactly.

Two goldfish in a bowl talking:
Goldfish 1: Do you believe in God?
Goldfish 2: Of course, I do! Who do you think changes the water? 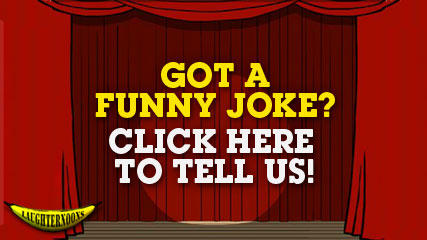